If you're an electronics hobbyist, you probably like to open up old electronics appliances  before discarding them. Apart from seeing how the manufacturer designed the circuit, its worth salvaging a few useful components for future projects that may require those components!


Why should you salvage components?-
Needless to say you're saving money by doing so. Certain components like Film and Tantalum capacitors (rather specific values of them) are hard to find in local electronics stores. Your best bet is to find them in CFL light bulbs.


An overview of 'The desoldering process'-
Going by the word, desoldering is simply the reverse process of soldering.
Your soldering iron need not be the best one, but should be able to heat at the tip. Here's a decent soldering iron in-case you're lost in the various specifications available. There are many ways of going about it, the most popular ones include-

1. Plain pull-off.
If your soldering iron does the soldering work well, it would do the desoldering fair enough.
If it's just a two legged component like an LED you could simply heat the soldered ends by touching the iron to the joint and quickly pull out the component. 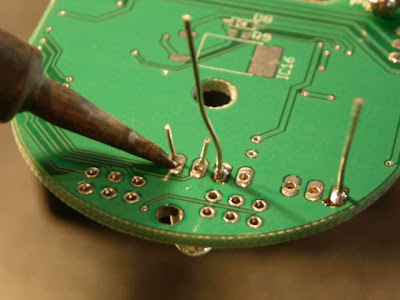 2. Using a Desoldering Wick
When it comes to desoldering 3 legged components you could use a desoldering wick-a fine mesh of flux-coated, copper strands that absorbs solder when heated. All you have to do is press the Soldering iron against the joint with the wick between the two. This is by far, the oldest and most popular way of desoldering. 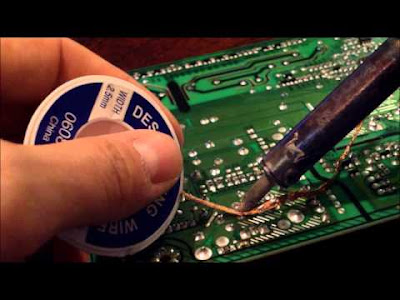 3. Using a Desoldering Pump
You could also simply suck out the heated solder using a desoldering pump and cleanly extract the component. 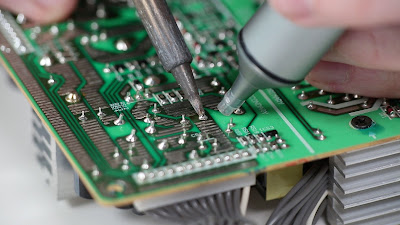 As you may be knowing, fumes released while soldering are harmful to health, and can lead to difficultly in breathing. The best way to counter the fumes is to use a fume extractor. You could buy a fume extractor online, or build one yourself using a PC fan and some carbon filter. Here's a great project video on how to do so. 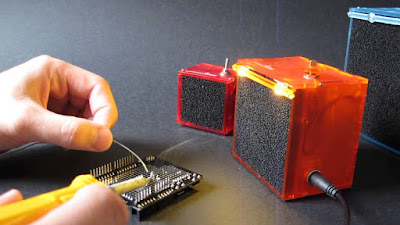 Not everything is worth desoldering or salvaging.
Let the SMD components rest in peace, as it's a torture to desolder them and put them to use in other projects, plus they're inexpensive and easily available.
Resistors as well are easily available, so ignore them.
Piezo discs are often worn out and not really useful.

Well then, what is worth desoldering-

What to find, where?
All music equipment such as DVD players and amplifiers contain a huge number of capacitors. You could pry open a CFL light bulb if you're looking for NPN transistors or Film capacitors. Potentiometers and buttons are visible outside the enclosure, so you already know which appliance has got what. Relays have a characteristic click sound that you can often hear when the appliance is in use. Every appliance has its own components that you learn about after opening up the enclosure, so there really isn't a perfect guide telling you where to find what. With time you discover resources that are unique to you.


WARNING: Do not directly touch circuit boards that were directly running on voltages more than 12V with bare hands. Capacitors may be holding insanely large amounts of charge and YOU don't want to discharge them. 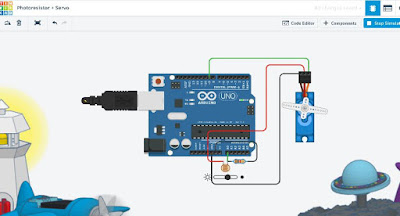 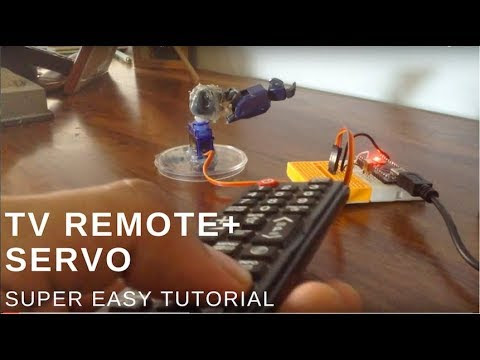